May is Asian American and Pacific Islander Heritage Month 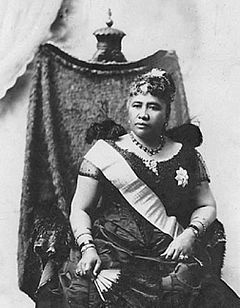 Hawaii was a victim of American Expansionism due to its strategic location as a U.S. Naval base and economic resources which came to be exploited by American businessmen. Under the guise of an "Annexation Club" the Americans overthrew Queen Liliuokalani and the new provisional government asked to be annexed to the United States.

President Grover Cleveland did not approve of the takeover and promised to restore her to her throne, but she refused to his condition that she forgive those who deposed her. Despite protests from its native people, Hawaii was annexed on July 7, 1898 when a new President, William McKinley, was elected to office.

The WCC Library subscribes to a wide range of databases. Below are a selected few that will be helpful for research in Asian American and Pacific Island history and culture.