This guide will help you find the most interesting and reliable books, articles, and websites about Hispanic Americans, their heritage, and their contributions to American life and society.

The following article was published on America.gov,the official U.S. website for providing information about current U.S. foreign policy and about American life and culture.

They contribute tradition, creativity and innovation to U.S. society

Hispanics, the largest and fastest-growing minority in the United States, are changing American society and culture.

The Census Bureau estimates that 48.4 million people in the United States, or 16 percent of the population, are Hispanic or Latino (the terms are used interchangeably by the bureau). Hispanics are defined in the census as U.S. residents of any race whose origins are from Spain, Mexico, or the Spanish-speaking countries of Central and South America and the Caribbean. Their numbers are projected to grow to 133 million, or 30 percent of the U.S. population, by 2050.

Hispanics are the nation’s youngest ethnic population, with a median age of 27.4 years — nine years younger than the general population. Slightly more than one-fifth, or 22 percent, of America’s children are Hispanic, and by 2050, some 39 percent will be Hispanic, according to projections.

Nearly two-thirds of Hispanics in the United States are of Mexican heritage, and the rest have origins in one of at least 19 other countries, each with distinctive cultures. They add their traditions to those they find in the United States, introducing new foods, music, arts, celebrations and ideas.

Hispanics “have enriched our culture and brought creativity and innovation to everything from sports to the sciences and from the arts to our economy,” says President Obama. “The story of Hispanics in America is the story of America itself. The Hispanic community’s values — love of family, a deep and abiding faith, and a strong work ethic — are America’s values.”

To read the remainder of this article, click here.

In 1988, Congress increased the length of the celebration, and authorized the proclamation of the period from September 15th through October 15th of each year as National Hispanic Heritage Month. From 1989 through the present, Presidents George H.W. Bush, Clinton, George W. Bush Barak Obama have issued annual proclamations for National Hispanic Heritage Month, celebrating and honoring the accomplishments of Hispanic Americans.

President Barack Obama issued this year's proclaimation on September 15, 2010. It states in part:

"This month, we honor Hispanics for enriching the fabric of America, even as we recognize and rededicate ourselves to addressing the challenges to equality and opportunity that many Hispanics still face.  In reflecting on our Nation's rich Hispanic heritage, let us take pride in our unique and vibrant history, and recommit to a shared future of freedom, prosperity, and opportunity for all. . . . NOW, THEREFORE, I, BARACK OBAMA, President of the United States of America, do hereby proclaim September 15 through October 15, 2013, as National Hispanic Heritage Month. . . . " 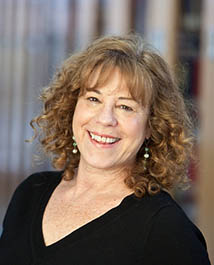